In the fourteenth century, a “peace officer” system was introduced into England to enforce the King’s peace. (Any offence against the peace was an offence against the King and therefore treated severely.) In the reign of Henry III, there were citizens with the title of custodes pacis, or “keepers of the peace”, who had administrative and semi-military functions in maintaining the King’s peace throughout the land.

There were travelling judges to deal with offenders, but in 1327 King Edward III, by way of legislation, introduced the “peace officer” to deal with minor offences and thus allow the judges the time to deal with the more serious offences. By 1361 these peace officers were permitted to use the title “Justice’, and so, over the years, became known as “justices of the peace”, combining the two notions of “justice” and “peace officer”. Edward III, in 1361 passed a law requiring them to meet at least four times a year to ensure that the more severe offences were brought to trial. Out of this requirement came the term “Quarter Sessions”.

The Tudor monarchs in the sixteenth century established the first system of English local government, and to do this, they made use of the already established system of justices of the peace. They placed most of the responsibility for administering the English parishes upon the local justices, responsible for the upkeep of highways, the imposition of local rates, the licensing of alehouses, and the administration of the Poor Law.

The role evolved gradually and spread to the colonies as the British Empire expanded. In 1788 Governor Arthur Phillip of the new colony at Sydney Cove was also a justice of the peace and had the power to appoint judges and justices of the peace. On 1 January 1901, following a proclamation by Queen Victoria, New South Wales ceased to be a self-governing colony and became a state of the Commonwealth of Australia.

Most of the justices’ associations in Australia formed between 1898 and 1918. By 1913, three Associations had been created. These were the NSW Justices Association (1911), The Honorary Justices Association of Victoria (1909) and The Justices Association Inc. (South Australia – 1898). An interstate conference of these three states was held in Melbourne on 18 April 1914. The NSW delegates were Mr Henry Charles Brierley (subsequently NSWJA President), Dr Alfred Burne and Mr John Kays. Many topics discussed at the inaugural and subsequent meetings and are still subject to an ongoing discussion. This body is now called the Federal Council of Justices’ Associations Australia.

Nowadays, we make appointments from a broader section of the community. Justices of the peace are respected citizens entrusted by their community to take on special responsibilities. Dealing with routine matters has allowed lawyers and the courts to concentrate on cases requiring professional legal training.

The New South Wales Justices Association celebrated its centenary in 2011. 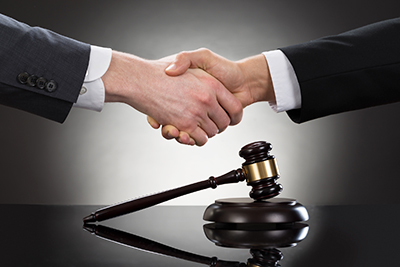